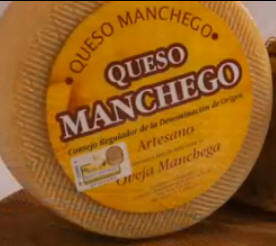 La Mancha Manchego has a firm and compact consistency and a buttery texture.The colour of the cheese varies from white to ivory-yellow, and the inedible rind from yellow to brownish beige

La Mancha cheese from the Ciudad Real area is arguably Spain’s most well-known cheese, made in La Mancha with the whole (full-fat) milk of Manchega sheep.

Younger versions are aged for about 3 months, but you can find wheels aged for 9 months or longer, at which point they become drier and punchy, with a longer, more resilient finish.

You’ll find examples that are bland and innocuous, but when you’ve happened upon a great producer, you’ll taste only round, meaty flavors and a distinct, creamy bite. Another traditional way of aging the cheese is in olive oil, which produces a rindless, super-dense, and often, rather greasy end product. But the flavour is superb.

Menorca Cheese is an ideal present.

A rather interesting video of how Manchego cheese used to be made. 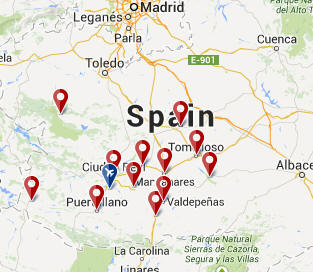