Glenroy Oakley was part of Greyhound reggae band from the 1970s Hits were Black & White, Moon River and I Am What I Am

Greyhound scored a Top Ten hit with the tune in the UK Singles Chart. Two more singles, including a cover of Henry Mancini’s “Moon River” followed, plus of course “I Am What I Am”Contact details  are 966 319 963  or email glenroyoakleyAThotmail.co.uk
Remember to replace the AT with @
Glenroy can often be seen appearing atThe Lounge at La Marina on The Costa Blanca (this venue is closed at the moment re-furbishing going on) OR on facebook he can be found by putting in

This video was taken of Glenroy Oakley at a fundraising night in aid of S.A.T’s on La Marina on the Costa Blanca in Spain. The venue was The Sports Centre

Glenroy Oakley joined Greyhound the British based reggae band in 1970.  At the time the band had changed their name to Greyhound in 1970. Their first single was an Earl Robinson/David I. Arkin composition, “Black & White”, later recorded by artists as Diverse as The Maytones, Sammy Davis Jr and Three Dog Night.

Greyhound scored a Top Ten hit with Black & White in the UK Singles Chart.  Two more singles, including a cover of Henry Mancini’s “Moon River” followed, plus of course “I Am What I Am”

Glenroy Oakley singing Knock on Wood at a Fund raising night in La Marina in aid of The S.A.T’s Animal Charity. .
The evening was a Great Success organised by Linda Reed and the venue was packed.
Everyone had a wonderful evening and thoroughly enjoyed Glenroy Oakley entertaining
with his fantastic personality and wonderful singing voice.

Other videos of Glenroys are below.

Blame it on The Sunshine

Here is a video of Greyhound performing

The above video is now the only one it seems in existance, the original has been taken down. On the above there are three numbers Black and White starts at 3.09 on the video and ends at 5.40. 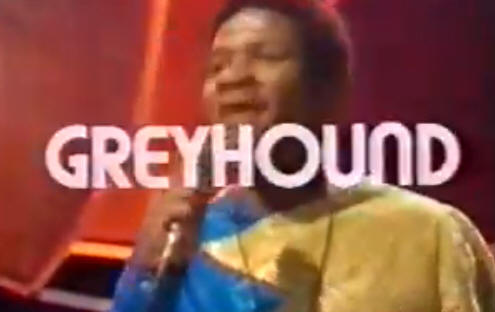 Greyhound was originally formed by Danny Smith and Freddie Notes as The Rudies in the late 1960s and released tracks under a variety of names, including the Rudies, the Tilermen and Des All Stars, before settling on the Greyhound name.

As the Rudies, the group had hits with reggae versions of Clarence Carter’s “Patches” and Bobby Bloom’s “Montego Bay.

“This peaked at #45 in the UK Singles Chart in October 1970 Notes left as the decade closed, and was replaced by Glenroy Oakley,

It was at this point that Greyhound had their numbers enter the top ten in the UK.and the reconstructed Greyhound had a huge hit with “Black & White.”

A cover of Henry Mancini’s “Moon River” followed, and the group had a final run at the charts with”I Am What I Am” before breaking up. 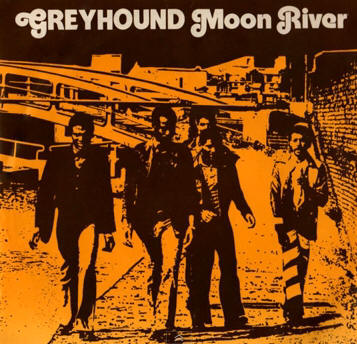 Moon River by Glenroy in Greyhound back in 1972

Just recently I came across another Glenroy Oakley track in a collection of videos from 2008.that I had never released before This one is Glenroy on stage at La Bodega Restaurant La Marina. I think I am correct in saying that it was the owner at that time Dave of La Bodega that talked Glenroy to come out of retirement

THIS SEEMS TO OF BEEN TAKEN OFF FROM YOUTUBE? If anyone knows of another version can they please send me details? to ian @ spain-info.co.uk

Above is a live recording of Glenroy and Greyhound made in Sweden in 1971. Singing his hit Black and White.

A child is black, a child is white
The whole world looks upon the sight
A beautiful sight

To see the light

Yeah, yeah, yeah!
Everybody! (See the light)
This is the message to all you people!
Listen now!

I’m shoutin’ out! (See the light)
Peace and love!
Heyey, yeah!
All in the wide world!
Live in peace!
Let’s live in peace!

These days this great singer from the past is living and appearing out in Spain. He has a web page at https://www.spain-info.co.uk/Artistes-Entertainers/Glenroy-Oakley.htm