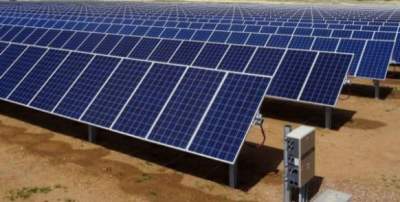 Solar power use in Spain. Being that we have an ample supply of Sun even in the winter months makes this almost free medium very usable here. 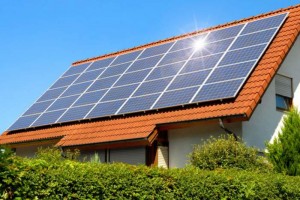 Solar Power With Electricity Prices going up so fast – even here in Spain,  these brilliant HOT & COLD Radiator Systems seem the obvious choice for our Future.  After all we do receive a fair amount of sunshine here in Spain making this a very viable investment indeed. 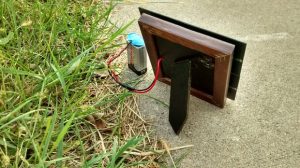 Solar Powered Battery Charger for anyone just starting out learning about electronics and or solar power and solar panels this would make a fantastic first time project.

Off Grid Solar Power For Beginners: A Step-by-Step Guide to Building and Installing Solar

With the rising prices in electricity, and the growing concerns of the environmental impact of power plants to the planet, more and more people are saying that they want to go “off the grid” and produce their own power.

This kind of option is a dream for most people but sadly often times, that’s what it is- a dream.

They want to do it, but they don’t know where to start, or even what their options are.

This book has been written in a way to suit beginners to understand how an off-grid solar power system works and how to build one.

There are a lot of solar books on the market. Most of them are difficult to understand.

They require engineering education or background, this book is different because it really takes you into the principles, terminology, equipment needed and in-depth analysis of the solar-powered generating systems in place today and how you can build your own.

From Wikipedia, the free encyclopedia
This article is about generation of electricity using solar energy. For other uses of solar energy, see Solar energy.
Not to be confused with Solar luminosity. 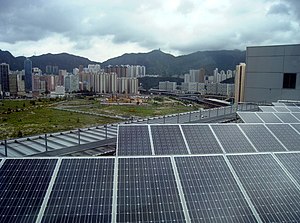 A solar PV array on a rooftop in Hong Kong 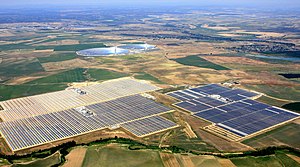 The first three concentrated solar power (CSP) units of Spain’s Solnova Solar Power Station in the foreground, with the PS10 and PS20 solar power towers in the background

Average insolation. Note that this is for a horizontal surface, whereas solar panels are normally propped up at an angle and receive more energy per unit area, especially at high latitudes. Potential of solar energy. The small black dots show land area required to replace the world primary energy supply.

The International Energy Agency projected in 2014 that under its “high renewables” scenario, by 2050, solar photovoltaics and concentrated solar power would contribute about 16 and 11 percent, respectively, of the worldwide electricity consumption, and solar would be the world’s largest source of electricity. Most solar installations would be in China and India.

Photovoltaics were initially solely used as a source of electricity for small and medium-sized applications, from the calculator powered by a single solar cell to remote homes powered by an off-grid rooftop PV system. As the cost of solar electricity has fallen, the number of grid-connected solar PV systems has grown into the millions and utility-scale solar  stations with hundreds of megawatts are being built. Solar PV is rapidly becoming an inexpensive, low-carbon technology to harness renewable energy from the Sun.