History Spain  History in Spain BRAVHEART The Battle of Teba Picturesque village of Teba sits high on a rocky outcrop in the mountains where Scotlands Sir James Douglas BR.

BRAVHEART The Battle of Teba

Picturesque village of Teba sits high on a rocky outcrop in the mountainswhere Scotlands Sir James Douglas BRAVHEART in The Battle of Teba took place. 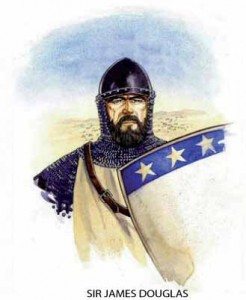 With its white-walled houses and red-tiled roofs and church tower it is a typical andalucían village, that is until you reach the centre of the village,and wander into the Plaza de Espana.

There, dominating the plaza, is a large granite monument dedicated to the memory of Robert the Bruce King of Scots and his trusty companion Sir James Douglas.

The story of why this monument,is in a quiet and hidden corner of rural Spain has been erected is worth recalling as it played a significant part in Spanish history but a somewhat forgotten part of Scottish history

Lorca The Spanish Town  on The Costa Calida in Murcia

Should you have a passion for places embedded in history; Lorca will not disappoint you in any way, as it is a modern city that enthuses the traveller with it rich monumental and cultural heritage

George Washington King Carlos 111 of Spain and The Ass

King Carlos of Spain donated to George Washington two prized Asse’s.  One of the jackasses, aptly named Royal Gift, would prove to be monumentally successful in his duty as stud

Washington’s true passion involved horses.  He has been described as one of the finest horsemen of his day.

He raised working farm animals, but also bred some of the finest race horses in America.

He had over 100 horses stabled at his Mount Vernon farm at any given time.  Washington, always the avid student of all things agricultural, knew instinctively that jackass mules (a cross between a horse and a donkey) could do much more than a typical farm horse – they lived longer, were more manageable, ate less and were much hardier.

The Eagle has Fallen The 9th Roman Legion

This is the story of Rome’s most mysterious vanished legion. The legion which disappeared from the history books and was lost without trace.

For 2,000 years historians have debated the the fate of the Ninth Legion who were stationed in York, Britain.

Its disappearance has become one of the greatest unsolved mysteries of the Roman Empire.

In 117 AD the Roman Empire was at its peak. Its territory stretched from Southern Scotland to North Africa, from Spain to Judea. It contained around 100 million people