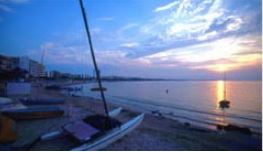 Karting Roses on The Costa Brava

Luminous screen on the track show lap times for each driver.

List of campsites on the Costa Brava in Spain.

Many are in shaded pine forests.

Group Accommodation suitable for Large parties OR Large groups in the Sitges area of the Costa Brava,

The Spa Town of of  Caldes de Montbui

famous for its Roman Baths in Catalonia

Some of the best places to camp in Mediterranean.

Europe are to be found in the camp sites and in the Holiday Camp Bungalows of the Costa Brava.

Get your Barcelona youth hostel plus backpacker lodgings now.

Bed and Breakfast in and around Barcelona Costa Brava Catalonia Spain

Bed and Breakfast often rather hard to find in and around Barcelona very handy for your first nights stay after arriving.

Roses is the liveliest resort on the northern stretch of the Costa Brava  Lovely beaches, Michelin star restaurants Hotels that can be booked on line, for your next holiday in Spain.

Girona Wining and dining in Catalonia is a favourite pastime of locals and visitors alike. This area of Spain is well known for its gastronomic delights, yet an average 3 course meal can cost as little as €10 per person, with many excellent local wines.

Girona, Spain  Situated in the heart of Emporda, 10 minutes from the sea and the French border.

This club is set on a 140-hectare estate, in the heart of the Alt Empordà region, and one hour from Barcelona.

Peralada Golf has an 18 hole par 71 course, along with 9 hole pitch and putt, putting and chipping greens, and driving range.

La Jonquera in Catalonia, Spain is on an important pass through the Pyrenees situated next to the border with France. Many drivers use this town to stay over night on there first night in Spain.

Figueres 1st major town over the border in Spain

The Figueres The Costa Brava 1st major town over the border in Spain. Ideal stop over town. The town is the birthplace of artist Salvador Dalí.

The main draw for city folk to La Garriga is its natural springs. This Spa town is in the province of Barcelona and autonomous community of Catalonia, Spain. Nearest Airport is  Girona-Costa Brava Airport.

the ‘wild coast’ is the coast of Catalonia, which, with its yearly 50 million visitors, is one of Europe’s largest holiday paradises.

The mild, Mediterranean climate, the crystal clear water, the mysterious, rocky bays, the long, sandy beaches, the southern flora, the wonders of the Spanish and Catalonian cuisine, the historical monuments and artistic values invite more and more visitors each year.

Cadeques is a city of arts, an untouched fishing village, which also has one of Europe’s largest artistic collections.

is mostly known for its Dali museum. They say that once they kept the Holy Grail in the fort above the picturesque San Pere de Rodes monastery.

Basalu, which is famous of its stone bridge, is a travel to the Middle Ages.

Empuriabrava, with its canals and lagoons is the Venice of Costa Brava. Girona’s old, labyrinth-like city core is one of the most beautiful ones in Spain.

Lloret de Mar is inviting the visitor with the promise of the Mediterranean night, being the center of Europe’s beach discos.

Tossa de Mar is the most beautiful place of the whole coast, where the bastions of the old fort stand guard over the magnificent beach.

Not even 100 kilometers from Costa Brava there is the Catalonian capital, the city of Gaudi, the ‘stage for the zest of life’, one of Europe’s most beautiful and livable cities, Barcelona. from the Costa Brava INDEX.

COSTA BRAVA – THE MOST BEAUTIFUL BEACHES.

The Costa Brava, the wild coast, is the romantic coast of Catalonia which theoretically reaches from the French border to Blanes but actually to Barcelona.

Karakes is the most original settlement of Costa Brava. It can be reached on winding mountain roads.

Cape Grousse, the eastern most point of Catalonia occasionally reveals its full beauty as it unfolds before us along the roadside.

Karakes existed as a fishing village for centuries. In 1543, the entire settlement was burned down by pirates of Karadena, Barbarossa, also most of the settlers lost their lives.

Later, they could successfully resist the attacks.

Then under the leadership of Salvador Dali, they resisted the mass tourism of General Franco as well and did not let the little houses be pulled down to make way for concrete blocks instead.

The artist persuaded local people to think long term and today is has been clearly established that he was right.

The only possible way is the conservation of values and atmosphere of the settlements, rejecting uniformity and short term interests.

Unfortunately, this is not accepted globally. Costa Brava has very few settlements that have preserved their quaint buildings in such good condition.

All of the houses are white washed and the highest building is still the parish church.

The world famous baroque retablo is the work of Jacinth Mareto and Paolo Costa. It’s remarkable also for the fact that it weathered the storm of the Spanish civil war intact.

It’s generally said to be the most beautiful settlement of the area and those who don’t rome the alleys of this little town of 1500 residents, don’t see very much of Costa Brava.

The fact that the painting school boasting names like Dali, Picasso, Matisse, — Utrio and — was founded here can also be attributed to the intactness of Karakes.

It’s surprising how many famous artists Spain and particularly Catalonia have given to the world, particularly in the field of fine arts and architecture.

In musical life, the cellist Pablo Casals can be mentioned. Maybe it’s Catalan literature that has not managed to cross the borders of the province and unknowingness.

Is it possible that the name of Juan Maragal and — or — might be as popular one day as that of Paulo Coelho? from Costa Brava INDEX.

The statue of Dali stands on the coastal promenade today. His father is a native son and the painter spent all his summer vacations here.

There are three art museums in Karakes, one of them is the richest private collection of Europe that belongs to the Perot Moore Foundation.

The photo gallery exhibiting some of the family pictures of Dali taken mainly in Karakes and Port — is also very interesting.

We should definitely see the blue frame decorated house at the seaside in which Picasso lived in 1910.

A plaque on the wall commemorates the artist Picasso who was born in Malaga, lived all around southern Europe.

He was fond of the Spanish and French landscape and of the sea but spent most of his life in Paris.