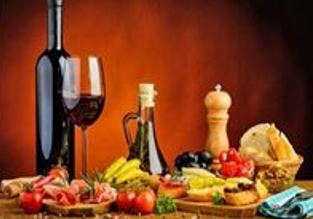 Cooking Spanish Style Spanish easy food recipes many having a video to help explain  Cooking Spanish style. We cover most of the areas in the Mediterranean cooking

Baklava How to make the delicious Mediterranean sweet Baklava with vanilla syrup- but don’t eat too much Baklava is a layered pastry dessert made of filo pastry, filled with chopped nuts, and sweetened with syrup or honey

Collecting Wild Mushrooms in Spain and cooking them

Traditional Spanish sweets now you can make your own Candy

Spanish Drink Tipples Do you fancy something different

a stuffed pastry baked or fried in Spain The name comes from the Spanish verb empanar meaning to wrap or coat the filling.

Try Spanish Confectionery turron originated in the Alicante area of Spain One of Spain’s most popular Christmas treats. Young and big kids love it..

How to Make Tasty Caramelised Onions

Caramelised onions are so easy and satisfying to make
A bit of time is all that’s needed and you might get some tears from all the chopping.

A selection of videos from several different chefs.

These are real tasty Mediterranean Moroccan recipes for you to try.

Rabo de Toro or oxtail stew is a proper winter warmer It’s based on Rabo de Toro, a popular winter dish in Madrid and the colder parts of Spain.
It takes a long time for the collagen in the tail to break down, so it’s ideal to cook in a slow cooker or crockpot..

This amazing soup is really nice for cold winter
days and it is also a good choice for your supper. cooking Spanish style.

Spanish Pasta Recipes a small selection of Spanish Pasta based videos using pasta. If you are looking for a few new ideas do watch and possible try.

Garlic Butter Recipes
Recipes Garlic Butter is creamy and spreadable, but it also provides a little flavor boost to all kinds of dishes.

Spinach and feta cheese pie
– Recipe from Spain
In this recipe I’ve used shortcrust pastry so it will be more similar to a quiche.
cooking Spanish style.

Pumpkin Pie
Pumpkin Pie
A traditional pudding to finish off your Thanksgiving feast.  Perhaps an acquired taste, but for me, nothing better than warm pumpkin pie topped with a good dollop of freshly whipped vanilla cream !

Vegetable Paella from Spain
When preparing Vegetable paella
Wash vegetables in plenty of water,
peel and cut them if necessary the red pepper into strips.

Spanish Deserts
Fried-MILK-DESERT
Delicious Spanish desert and sweet recipes.
Look to see how the Spanish make them
on these videos.

THE FREE TAPA,
often when you arrive at a bar and order a drink,
you may be offered a free tapa of which
you will have no choice.
This may be Guacamole on white bread,
olives, crisps, peanuts or
some cold cuts of meat.

Sopa de ajo,
a bread soup with poached eggs
This amazing soup is really nice for cold winter
days and it is also a good choice for your supper. cooking Spanish style.

Weber’s Mediterranean Barbecue. the world’s leading authority on barbecues – these 100+ recipes use a range of ingredients to create fresh and flavoursome meals

Braised Pork Cheeks Carrillada is a traditional Spanish Mediterranean dish. It can be made from either pigs or beef cheeks videos to watch with guidance and hints worth a try.

Mediterranean Barbecue Ideas
Living in the Mediterranean part of the World lends it self to regular BBQ’s. With this in mind here is a collection of different  Barbecue ideas watch the videos for inspiration.

Ideas for your Tostie machine. Selection of different tostie sandwich ideas from savory to sweet

Albondigas Spanish meatballs are where it’s at. Albondigas are a traditional tapas snack.
The Albondigas meatball is ground or minced meat rolled into a small ball, along with other ingredients, such as bread crumbs, minced onion, eggs, butter and seasoning.

Ceviche Come take a journey with us

Ceviche an old Moorish dish give it a try
Historians believe the predecessor to the dish Ceviche was first taken by Moorish women from Granada in Spain to Peru where it is very popular indeed.

Local Spanish macaroni recipes A selection of videos showing different ways of using Macaroni in a Spanish style. Make sure you watch the last one with an Egyptian twist.

Banana information in the Kitchen

There are restaurants here that answer to every description, to every taste, and that sample every part of the world; food spills out from the restaurants onto the streets with food carts and food vendors everywhere especially the inner part of the cities.

As you leave the city, independent spirited inventive cooking appears at roadside restaurants at every stop along every highway.

Perhaps you never associated Spanish cooking with it, but seafood essential to the fresh spirit of all Spanish food. Take in any food market in Spain, and you’re certain to see half the market devoted to harvests of the sea

The country attracts a lot of tourists; and many restaurants in the downtown area serve Spanish food that’s somewhat altered for foreign tastes.

But the authentic taste of Spain can be a wonderful thing, and denying tourists the authenticity of the experience can be quite unfair.

If you ask me, the best Spanish cooking you’ll ever find in Spain will come from the restaurants that have no English or French to help the tourist with , and are unpretentious.

I’ve had some of my best experiences with Spanish cooking at some of the most unpretentious roadside restaurants with their tables out on the sidewalk.

Not to deny the finer Spanish restaurants their due; if upscale puritan Spanish cuisine is what you’d like to experience at least once, make sure you make reservations well in advance at a place like the Casa Poco in Madrid.

You’ll need to call couple of days ahead to be seated, and when you get there, try their Iberica ham and steak.

For the best gastronomical tour of Spain, try learning some of the terms you’ll find on any Spanish food menu.

Any time you encounter a word on a menu that’s unfamiliar, look closely at the work to see what English word it might possibly resemble.

Pescados, for instance, comes from Pisces, which you know from your time scouring the horoscopes, is fish; “mariscos” is … doesn’t it sound like “marine”?

That’s right, it means seafood. What if you saw the word “carne” on there? You’ve heard of “carnal” haven’t you? It means “of the flesh” in English. And in Spanish, it’s meat.

When you head in for your first encounter with Spanish food, you might be a little surprised at the customs they have at restaurants.

The moment you step in, your waiter will greet you and find you a seat (no surprise there).

If you’re a little nervous about the price range they have, try asking him – cuanto cuesta? in Spanish.

As soon as you are handed your menu, you’re expected to order something to drink – a white wine or red wine is customary.

The waiter brings you your drink, and sets the table by placing some Spanish bread directly your table with no plate.

It could also come with a dish of butter or olive oil. And at the end, you ask for the bill – la cuenta, por favor.

For a quick introduction to Spanish food, make sure you try something with rice in it – paella is rice.

Cooking Spanish Style. Is cooking one of your loves in your life or are you a Foodie?  Are you interested in Spanish cooking or even Mediterranean dishes?