Spains Ski Season where to Ski in Spain

Ski stations across Spain ‘officially’ opening normally around the end of November and up to 30,000 tourists were expected to hit the slopes between the begining and the end of the snow season.

Although the French alps and Andorra continue to be the European skiing community’s mecca, Spain’s underrated slopes are perfect for everyone from total beginners to experts and considerably cheaper in most cases. 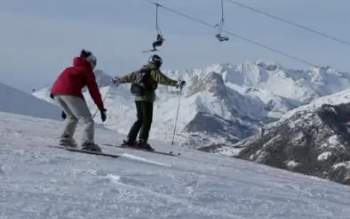 Whist Spain is more commonly associated with sun-drenched beaches to Northern European travellers, the Pyrenees, the Sierra Nevada in the province of Granada – just a short drive from its stunning coastline – and the mountains of the province of Teruel in southern Aragon are frequently packed out with Spanish residents seeking some winter sporting fun. 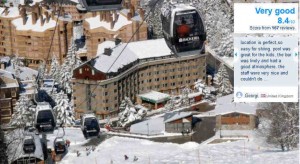 We can offer you an Excellent selection of Hotels, Aparthotels or various size Apartments for your Skiing Holiday. Book Now to get the Best Deals

Foreign skiers travelling to Spain exclusively for its snowy pistes continue to be in a minority, but the cost of a skiing holiday in the country – or a weekend or even a day trip – is far lower than elsewhere in Europe and, in the case of Granada and Teruel in particular, easy to reach by car in anything from half an hour to three hours for tourists staying in beach areas.

This quiet 3-bedroom house is 10 minutes’ drive from the Valgrande-Pajares Ski Resort. MoreThe house has 2 triple bedrooms and a double bedroom. There is a lounge, a kitchen and a bathroom. Outside you can enjoy a barbecue. There is also a ski storage area on site.

The property offers a wide range of outdoor activities including skiing, horse riding and fishing. The Puerto de Pajares mountain viewpoint is nearby
Property sleeps up to eight.

Even Madrid and Asturias have excellent slopes and visitors to Spain’s capital can easily combine their trip with a day out skiing or an overnight trip to the snowy peaks.

Catalunya’s most prestigious ski station, Baqueira Beret, celebrates its 50th anniversary this winter with a new investment of 11 million euros in its chair-lifts and tele-skis, plus 21 new pistes.

Popular with some of Spain’s richest residents including royalty and politicians, Baqueira berret offers Nordic skiing with racquets as well as traditional skiing.

Also in Catalunya, La Masella offers night-time skiing, whilst Port del Comte offers Nordic skiing or mushing, and the slopes at Tavascan have the first-ever piste in Spain adapted to every level from Olympic slalom racers to those who have never ‘tread the boards’ in their lives.

Plus not to be forgotten in Catalunya is Formigal for your Skiing in Spain at in the Pyrenees. Formigal Ski resort itself occupies four different high mountain valleys, defining three sectors: Tres Hombres (Crestas), Izas, Anayet and El Portalet

Some of the cheapest and least-known slopes outside of Spain are the Aramon stations in the land-locked region of Aragon, which sits to the east of the centre of the country, running from the Pyrenees – where the ski resorts in the northernmost province of Huesca, Panticosa, Cerler and formigal are found – down to the western borders of Valencia where, in its southern province of Teruel, the neighbouring resorts of Javalambre and Valdelinares can be reached in just over two hours from the city of Valencia or the coast.

The Sierra Nevada has invested 3.1 million euros in its slopes and rewards those who book a 10-day pass in advance with a 12.50-euro discount.

Later in the season, skiing fans can combine warm, spring-like climates with snowy sports – many of the resorts are open until mid-March or even April, and day visitors can spend a morning skiing and a late afternoon relaxing in a pavement cafe in just a T-shirt. skiing spain 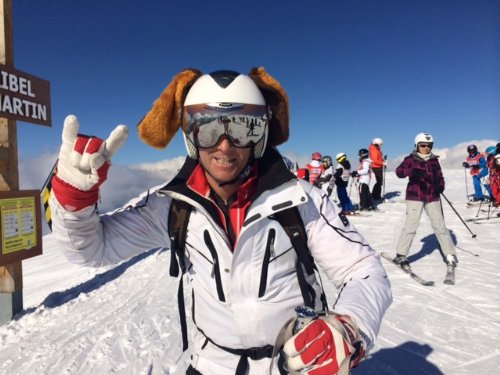