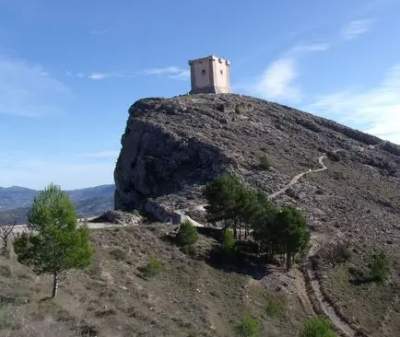 Cocentaina is a town that, after the image of modernity that gives it its current urban appearance, hides a long history. town is famous for Medieval Market

Almost 700 years ago King Pedro gave ceremoniously the people of permission to celebrate the day of the dead on 1st November with a local market.

Little did he know that all these years later this market would have grown to include more than 700 stalls which sell just about everything from a donkey to a washing machine.

Every year hundreds of thousands of people converge on this massive market which fills almost every street in the town. The fragrant smells of oriental spices blend with the hunger provoking smells of a range of local delicacies being prepared for sale.

In the medieval section, where animals mingle with stallholders wearing traditional medieval costume, it is easy to imagine you have been transported back over the years to the original market of 1346.

In the Moroccan section you are transported to the souks of North Africa Elsewhere there are stalls selling clothes, toys, household good, livestock, second hand goods.

In fact just about everything that you could imagine. A day at the annual Concentaina market is a truly unique experience.

Historical, monumental, festive Town, … Cocentaina is a town that, after the image of modernity that gives it its current urban appearance, hides a long history. A past that can be discovered in the streets of its old town, where it accumulates a rich architectural and cultural heritage, which the town people have managed to preserve and show with pride.

Listed below are the local Hotels I think it goes without saying that you need to book in a advanse for the market dates.

(In the city centre)Situated in the town of Cocentaina, Torreta de Sant Tomás features a fireplace and a seating area with a TV and DVD player.

This country house is just 150 metres from shops and restaurants.

Ghosts of Spain: Travels Through a Country’s Hidden Past

Spaniards are reputed to be amongst Europe’s most forthright people.

So why have they kept silent about the terrors of their Civil War and the rule of General Franco?

This apparent ‘pact of forgetting’ inspired writer Giles Tremlett to embark on a journey around Spain and its history.

He found the ghosts of Spain everywhere, almost always arguing.
Who caused the Civil War? Why do Basque terrorists kill? Why do Catalans hate Madrid?

Did the Islamist bombers who killed 190 people in 2004 dream of a return to Spain’s Moorish past?

Tremlett’s curiosity led him down some strange and colourful byroads, and brought him unexpected insights into the Spanish character.