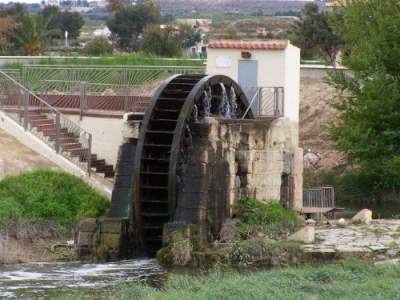 Formentera de Segura holiday rentals.  Near TORREVIEJA RENTALS DIRECT.  The town Originally was a Moorish village So first of all come and discover this peaceful Spanish village on the Costa Blanca.  Furthermore you will that visiting the beach from the town to be only a short drive away. CLICK IN FOR Further Guides and Interesting facts about Costa Blanca

Formentera del Segura has the appearance of a new town.

Located in a wide zone of fertile soil in the left margin of the Segura river, its urban physiognomy has been changing, especially since the earthquake of 1829 destroyed part of the town and it had to be reconstructed.

The series titled “Alicante pueblo a pueblo/Alacant poble a poble,” produced by the Image and Promotion Area of Great Government, has the objective of bringing awareness to each of the Alicante localities in an attractive or intimate form, reflecting their landscape, historic, cultural and urbanístic particularities.

Accommodation will provide you with a TV and satellite channels.

The accommodation will provide you with a TV and air conditioning.

There is a full kitchen with a dishwasher and a microwave. More

Formentera is aprox 7 minutes from the beaches of Guardamar or 3 minutes via the fast duel carridgway.

A walk around Formentera village.

Largely destroyed by the great earthquake of 1829, Formentera del Segura was re-built by 1840 culminating in the building of the parish church.

Relying mostly on agriculture and citrus farming for its survival Formentera del Segura benefits from an irrigation system put into place by the Moors centuries ago.

One of its most popular fiestas is ‘The Day of the Bicycle’ featuring a race involving many of its inhabitants.