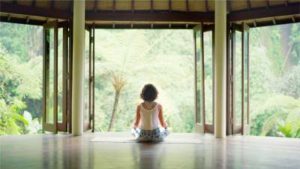 A thermal lake in the grounds of Termas Pallarés in Alhama de Aragon, Zaragoza, Spain.

is a spa town located in the  province of Zaragoza, Aragon, Spain, situated on the river Jalon, a tributary of the Ebro. According to the 2004 census (INE), the municipality has a population of 1,150 inhabitants.

Principal industries are the balnearios (spa hotels) and a lighting factory. There are however extensive fruit farms and some wine-making in the area.

The town is served by railway services to Arcos de Jalon and Calatayud, where there is a connection to the high speed AVE trains between Madrid and Barcelona.
The 1957 film Los jueves, milagro (Every Thursday a Miracle), by Luis García Berlanga,  starring Richard Basehart was filmed in the pueblo. Set in the fictional village of Fuentecilla, the story concerns a plot by local business men to revive the business of the spas by staging a miraculous appearance by San Dimas every Thursday evening.

offers balanced and creative dishes. Using quality ingredients, healthy menus combine new and traditional cuisine.
However the hotel is easily accessible from the A-2 Motorway. It is 204 km from Madrid and 116 km from Zaragoza.

Set in a 19th-century building, it features a restaurant, lounge and spa with thermal baths.

Rooms at the Termas Pallares are spacious and have contemporary décor. All rooms have free Wi-Fi, a flat-screen TV with satellite channels and a safety deposit box.

The Termas’ restaurant serves a range of traditional, Spanish cuisine. There is also a café-bar, serving drinks and snacks.

The Balneario spa offers massages, wraps and treatments. There are also thermal baths and a pool. Guests have access to the resort’s thermal lake, which stays at 32ºC all year round.

The resort is just 30 minutes’ drive from Calatayud. Zaragoza is approximately 115 km away, while Madrid can be reached in 2 hours, by car. 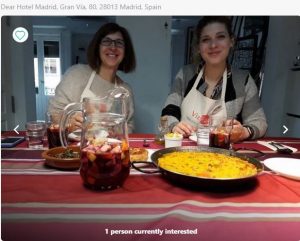 Looking for an epic culinary experience in Spain?

Join Foodies in the city as they take you on a market tour, paella cooking, and olive grove tour adventure in Madrid.

Discover fresh ingredients and learn to cook authentic traditional Spanish dishes and find the most hidden culinary secrets of the Spanish culture.

A unique thermal lake of nearly two hectares is open throughout the year in the grounds of Balneario Termas Pallarés.

The water is a constant temperature of 34°C. The famous Cistercian abbey of Monasterio de Piedra with its water gardens lies approximately 25 kilometres to the south-west.

The city of Calatayud which has famous mudejar church towers is however about 35 kilometres to the north east. Other examples of mudejar art can be found in neighbouring villages. 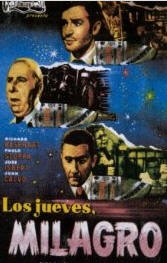 Los jueves, milagro (English: “On Thursday, miracle”) a 1957 Spanish comedy film directed by Luis García Berlanga about people in a small village of Spain who decide to fake a miracle in order to increase the tourism but things don’t go as planned.

Most shots of the film were made in Alhama de Aragon, Zaragoza.

EUROPEAN  Hi  This is an invitation to come and have a look at another Groups Facebook page. It is called  European Adventures https://www.facebook.com/groups/827905380661061/?fref=ts  It has all types of different Holiday Breaks and outings on it. Some being a bit way out, but just an interesting little site. It is of course Free to join. Plus new things go up most days.

A unique thermal lake of nearly two hectares is open throughout the year in the grounds of Balneario Termas Pallarés.

The water is a constant temperature of 34°C. The famous Cistercian abbey of Monasterio de Piedra with its water gardens lies approximately 25 kilometres to the south-west.

The city of Calatayud which has famous mudejar church towers is about 35 kilometres to the north east. Other examples of mudejar art can be found in neighbouring villages.

Finally Spain info also lists the Local Hot Water Spas many of them dating back to Roman times.