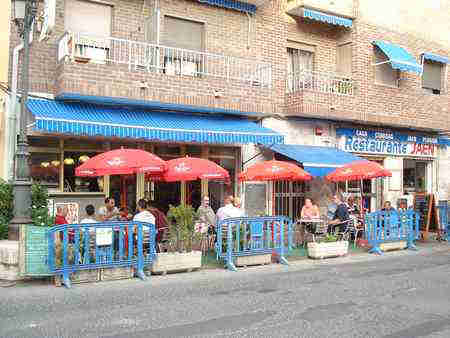 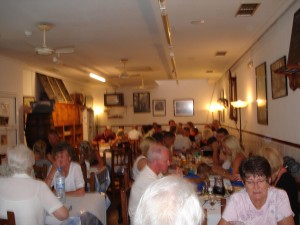 This is a typical evening at Casa Jaen during the week.  People come and go all evening.  The Spanish people usually come out quite late to have their meal !! BUT, there are many Nationalities that go – including English and we usually get chatting to somebody.

Everybody knows what Wonderful Value you get here at Casa Jaen 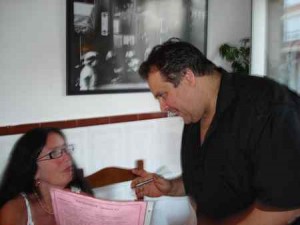 This is me trying to decide what to have this evening.  There really is soooo much choice.

You could go every day/evening for about a month and have something different every time you go !! 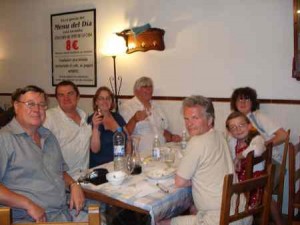 At Only 9.00 Euros per person for a 3 course meal this is about the cheapest on The Costa Blanca let alone in Guardamar.

If only more Restaurants charged such reasonable prices, they would be as full each night as Casa Jaen.
(Last Wednesday we actually had to wait in the Bar/restaurant area for 45 minutes until a table became free) 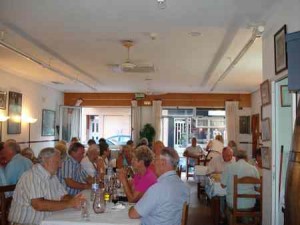 A bottle or Jug of Red or White Wine is included in the price plus a bottle of Water/Casera.  Beat that if you Can !!!!  Also, quite often …..The Owner Vicente ……. will bring you freebies such as a plate of Oysters, Sardines or even an Omelette while you are waiting for the food that you ordered to arrive !! 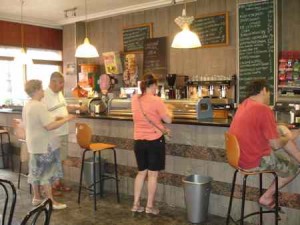 All the Fish for the Restaurant is purchased Fresh each morning !!!
We personally think this Restaurant is by far the Best Value for your Money around, and we usually go once a week.  Mind you, it doesn´t do your figure any good as you always come out absolutely stuffed !!!
Just to mention that the main restaurant at Casa Jaen is a No Smoking Restaurant (but you can smoke in the Bar/restaurant area).
We hope a few of you would like to try Casa Jaen and let us know what you think.