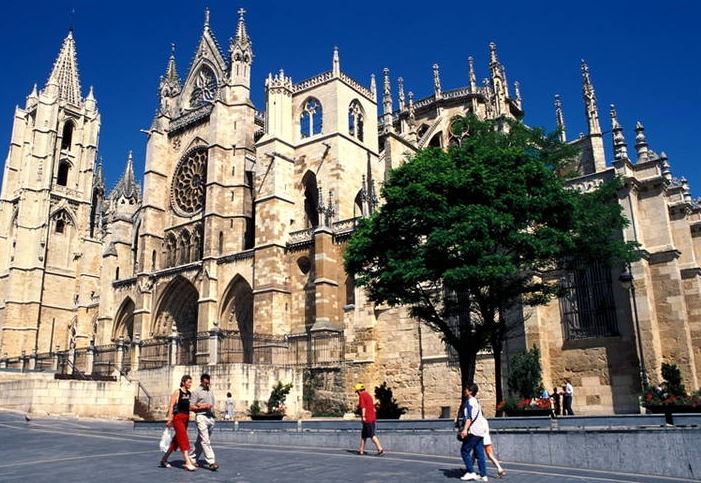 Santiago de Compostela Galicia is known as “the green corner of Spain ” and it is famous for its beautiful landscapes, its tasty dishes and its original architecture.

The Way of St. James 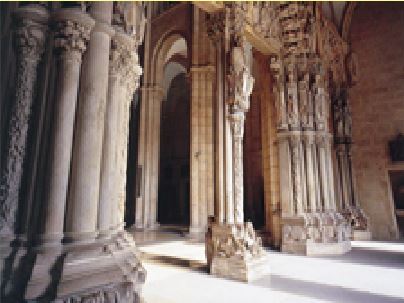 The Way of St. James was –and still is– the most traditional, most popular and most celebrated route in Europe.

For over one thousand years, the Way of St. James has offered millions of people from around the world a unique religious, spiritual and cultural experience.
Pilgrims have been traveling to Santiago de Compostela since the 9th century, after the discovery of the remains of the apostle St. James.

Over the following eight centuries, the constant flow of pilgrims from all around Europe outlined different routes that converge in Spain as they head towards Santiago de Compostela, their final destination.

The Way of St. James creates close connections between the pilgrims that come to pay their respects from all around the world and the warm and welcoming denizens of the populations they pass through.

Apart from building a positive spirituality, these interactions also provide a solid base for the dissemination of languages, customs, schools of thought and, for instance, artistic styles.

The knowledge of the West and the legacy of all its cultures converge along the Way of St. James. From the Middle Ages, this universal trail has attracted pilgrims to Galicia, spreading knowledge, dialogue, innovation and cultural diversity.

The Spanish State declared the Way of St. James a historical-artistic ensemble in 1962.

UNESCO included the Spanish and French sections of the route in the World Heritage List in 1993 and 1998, respectively.

The Way of St. James offers visitors endless attractions, and the number of pilgrims that hit the trail grows by the year.

The spiritual, artistic and cultural vitality, as well as the warm and welcoming inhabitants, and the beautiful and varied landscapes, spur on the thousands of pilgrims that set off to conquer the trails on foot, by bike or on horseback.
Pambre Castle 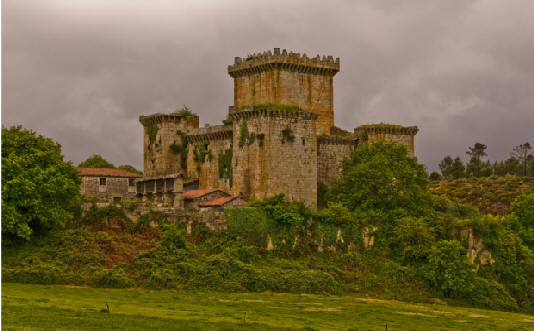 The Pambre castle became a myth during the ‘Gran Revolta Irmandiña’, a popular uprising against excessive privileges held by Galician aristocracy in 1466-1469.

It was the only fortress in resisting the sieges, and as time went by became one of the unique examples of medieval architecture in Galicia, informs the Palas del Rei municipality.

One of the castle’s safest bets is its location. Since its sits by the Camino de Santiago or Way os Saint James, the Xunta is mindful that it can attract a large number of visitors, providing the local economy with a significant boost and meaning a step forward in terms of territorial balance.

The local mayor, Pablo Taboada, goes even further. ‘It is to be the springboard for boosting tourist activity’, assured

Finally, the mayor stressed that in 2012 the castle greeted over 14,000 visitors.

Santiago de Compostela has a substantial nightlife. Divided between the new town (la zona nueva or ensanche) and the old town (la zona vieja or a zona vella), a mix of middle-aged residents and younger students running throughout the city until the early hours of the morning can often be found.

Radiating from the center of the city, the historic cathedral is surrounded by paved granite streets, tucked away in the old town, and separated from the newer part of the city by the largest of many parks throughout the city, Parque da Alameda.

Whether in the old town or the new town, party-goers will often find themselves following their tapas by dancing the night away.

Santiago gives its name to one of the four military orders of Spain: Santiago, Calatrava, Alcantara and Montesa.

The prevailing wind from the Atlantic and the surrounding mountains combine to give Santiago some of Europe’s highest rainfall: about 1,900 mm (75 inches) annually. One of the most important economic centers in Galicia, Santiago is the seat for organizations like Association for Equal and Fair Trade Pangaea.

Santiago de Compostela was originally founded by the Suebi in the early 400s, as part of the collapse of the Roman Empire.

Then, in 584 the whole settlement together with the rest of Galicia and northern Portugal was incorporated by Leovigild into the Visigothic kingdom of Spain.

Raided from 711 to 739 by the Arabs, Santiago de Compostela was finally recaptured by the Visigothic king of Asturias in 754, about 60 years before the identification of remains as those of Saint James the Great, and their acceptance as such by the Pope and Charlemagne, during the reign of Alfonso II of Asturias.

From then on, this settlement was not just a city, but a holy city, and one of the main centers of Christian pilgrimage, rivaled only by Rome itself and the Holy Land. Still, there are some who claim that the remains found here were not those of the apostle James but those of Priscillian.

They are also thought by many to be someone else altogether. Christian persecution of Spain’s Muslims, following the fall of the Moorish state in 1492, echoes into present time, with local residents evincing antipathy towards those who are visibly Muslim.

Santiago de Compostela was captured by the French during the Napoleonic War and its capture broke the spirits of the many Spanish guerillas who were fighting the mighty invading armies of Marshals Soult, Victor, Massena and Napoleon’s brother, the new King of Spain, Joseph Bonaparte.

During the war, many attempts were made to recapture it by Spanish partisans, who believed St James would come down on the field and destroy the French if they earned his favour by beating the French out of the holy city, which was St James’s city.

Many of the attempts to return the holy city to the Spanish failed, and the only one that didn’t fail was unsuccessful in retaining its hold on the city, and the combined British and Spanish forces were beaten back, where they retreated with the British, and the city was back in French hands within 48 hours.

The legend that St James found his way to the Iberian peninsula, and had preached there is one of a number of early traditions concerning the missionary activities and final resting places of the apostles of Jesus.

Although the 1884 Bull of Pope Leo XIII Omnipotens Deus accepted the authenticity of the relics at Compostela, the Vatican remains uncommitted as to whether the relics are those of Saint James the Great, while continuing to promote the more general benefits of pilgrimage to the site.

According to a tradition that can be traced before the 12th century, the relics were said to have been discovered in 814 by Theodomir, bishop of Iria Flavia in the west of Galicia. Theodomir was guided to the spot by a star, the legend affirmed, drawing upon a familiar myth-element, hence “Compostela” was given an etymology as a corruption of Campus Stellae, “Field of Stars.” 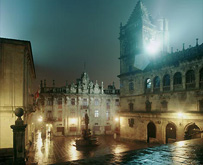 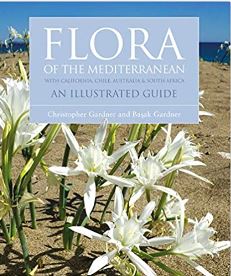 Yet this familiar image conceals another Mediterranean a secret landscape populated by a dazzling variety of wild flowers and plants, from spectacular orchids and ancient olive trees to delicate snowdrops and hardy cacti.

Following on from their widely acclaimed Flora of the Silk Road, Chris and Basak Gardner present a stunning selection of 600 of the finest wild flowers that grow in the Mediterranean regions of the world.