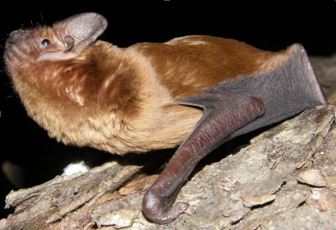 The Bats in Spain

BATS “A single bat eats between 1,000 and 3,000 mosquitoes every night”Francisco Javier Juste, researcher in Chiroptera at the Doñana Biological Station (CSIC) and vice president of the Spanish Association for the Conservation and Study of Bats (SECEMU), highlights in this interview the important role that these mammals play in the control of insect populations in the Iberian Peninsula.

Unknown and ignored, bats suffer the disdain of the Administrations and a large part of the population, despite the fact that thanks to them annoying mosquitoes and other insects are kept at bay.-

Are bats a protected species in Spain?

Why are bats important?-

Bats in Spain There are key species that determine the basic functioning of the entire ecosystem.

In this hierarchy, bats occupy a fundamental position, both in tropical ecosystems and in temperate ecosystems, such as ours.

In the tropics they fulfil three functions.

First of all, they are the main seed dispersers of tree species.

They are very fragrant and / or showy fruits and bats are attracted to them, they eat them and when they fly they greatly disperse them.

When defecating, they disperse those seeds.

Secondly, they are flower pollinators (like day birds) and some plants of commercial interest (banana, yuccas, etc.) entrust this task to bats.

Finally, they carry out a control of insect populations, a function that they carry out in both tropical and temperate ecosystems (ours). -It is the same function that many birds do, right?-But bats are more efficient at dispersing the seeds of some plants, and they do it much further.

A town in Spain’s Costa Blanca has gone batty in a bid to control the mosquito population in the area. The Department of Natural Heritage in Rojales has installed 30 wooden shelter boxes for bats in the area, who can enjoy a cosy new home and feast on the abundance of insects.

As bats are protected in this country it is an obligation to ensure they are looked after, but it’s also to our benefit.

These mammals are capable of consuming a huge amount of insects per day, and play a large part in keeping the numbers of mosquitoes down in the summer months. They also feed on moths, certain species of which are a plague to farmers.

Bats in Spain Update on Rojales

More bat boxes have been installed around Rojales to help keep down the number of insects, especially mosquitoes.

Councillor Inmaculada Chazarra in Rojales said they hope the boxes will provide shelter for different species of these nocturnal flying mammals.

Spain has 27 different species of bats, with many of them found on the Costa Blanca- They play an important part in reducing the numbers of biting insects, a single bat munching its way through thousands every day!

The people up at our local Terra Natura animal park, are giving them a hand by installing six special “Bat boxes” around the park, which they can use to hide out, or even breed. Bat power!

What is its importance in Spain?

As I said, in temperate zones there are only insectivorous bats. They are important because they eat a large number of insects.

And this is so because they are animals that use a lot of energy when flying and emitting their ultrasounds (the two main characteristics that define them).

Imagine the cost of screaming and ultrasound for an animal that weighs only ten grams!

Bats in Spain The only way to satisfy this energy demand is by spending the night eating a large number of insects daily that provide them with that necessary energy.

And for this, they are extremely effective hunters. A lion or a tiger has a 20% or 30% success rate in their hunting attempts, while a bat has a success rate of over 90%.

Insects are small and therefore they must be hunting all the time they are active.

It has been estimated that they need to eat between half and 75% of their body weight each night.-How many insects per night do they eat then?-It has been proven that small and common ‘dwarf bats’, which interact the most with man, can ingest between 1,000 and 3,000 mosquitoes per night.

How to Build a Bat House

Use an exterior-grade wood like cedar for best results. Begin by laying out a nylon outdoor placement to measure the size of your width. Cut two sides and angle the top at 30 degrees for the roof.

Measure and cut the front of the house. We used 3/4 inch plywood for this construction.

Cut a gap a few inches from the bottom to allow airflow.

Attach the roof, leaving overhang for water runoff. Attach a nylon placemat inside so that the bats have something to hold onto. Add a predator guard to the bottom and silicon caulk all gaps.

Specimens of bats of the genus Pipistrellus (in our area of Torrevieja you can see P. pygmaeus, P. pipistrellus and P. khuli) photographed yesterday 30 September by JJ Añel. One of the photos shows one of its prey, a small insect.

Secrets of the Long-fingered Bat in the Spanish Southeast

Discover the life secrets of the Long-fingered bat in southeast Spain, including the first ever images of the species fishing, obtained with a thermal camera in an irrigation pond. Disponible en español en: https://youtu.be/uli34N3xur0

Spanish Association for the Conservation and Study of Bats (SECEMU)

The Spanish Association for the Conservation and Research of Bats (SECEMU) is a non-profit national organisation which brings together people interested in conducting research and developing conservation activities in relation to the bats of Spain, with a particular emphasis on promoting their protection.

SECEMU was founded in 1989 and registered in the National Registry of Associations in 1991 with the number 90757.
Secretaria secretaria@secemu.org

Could I PLEASE ask if anyone has anything else that could be useful and relevant to publish on this subject to please sent details to me by e mail to ian AT spain-info.co.uk.
I do hope we see more local councils also like Rolales starting up local projects?