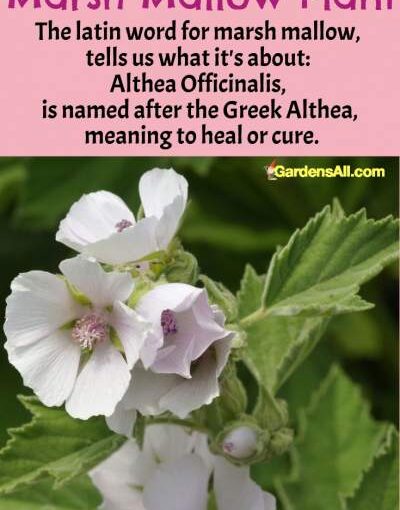 Marsh-mallow, Althaea officinalis, is a perennial species indigenous to Europe

Marshmallow best known as a confection made from the root since ancient Egyptian times evolved into today’s marshmallow treat, but most modern marshmallow treats no longer contain any marsh-mallow root Survival Medicine – Marsh Mallow (Althaea officinalis) Selection of Spanish Gardening guides for you.

How to Grow Mallow Plants at Home

Althaea officinalis – Marsh Mallow, 1g Approx 400 Seeds, untreated
by Heirloom & Perennial Ltd
Price: £1.69
Marsh mallow is often cultivated in the herb garden, as a culinary and medicinal herb as well as for ornament.
Its roots were at one time the source of the sweet ‘marsh mallow’, but this sweet is now made without using the plant.
A tea is made from the flowers. A tea can also be made from the root.