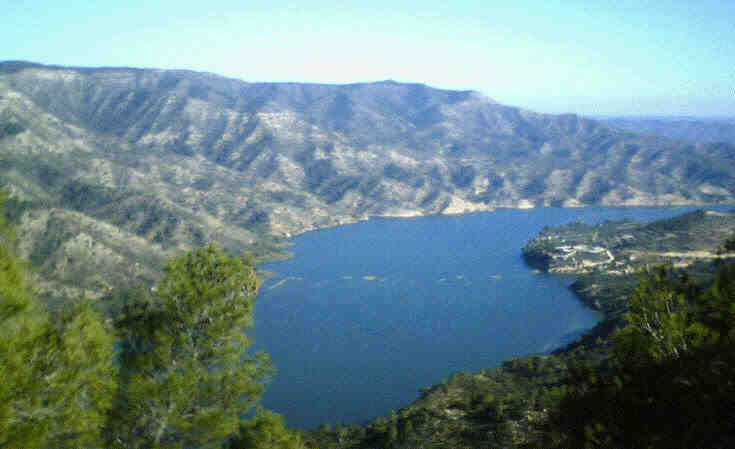 https://spain-info.co.uk/aragon/
Ebro Fishing Holidays for Catfish, Carp and Zander in
The Mequinenza Reservoir.

You will find the town of Caspe situated in the province of Aragon in Spain approximately 250 km to the west of Barcelona airport or just over 100 km to the east of Zaragoza airport, and just an hour drive from Reus airport.

You will definitely need transport during your stay and we advise when booking the flight to book a hired car at the same time, to get the best deal.

The lake was formed when the river Ebro was dammed, it has stunning views as it makes its way through the stark landscape, extending from Escatron down to the more famous town of Mequinenza.

More anglers are venturing to the upper waters of Lake Caspe, as the fish grow bigger each year.

Many fishing guides operate in this area using boats due to the large expanse of water created by the building of an artificial dam, the Mequinenza Reservoir.

A little further downriver are the towns and villages of , Asco and Vinebre, where exceptional fishing can be enjoyed in more scenic surroundings.

The town is best well known amongst northern European fishermen for the large but elusive catfish (Silurus glanis), which are found in the vast reservoir.

Around the area you can spot a verity of birds such as hoopoe, bee-eaters, golden oriols, shrikes and storks. Birds of prey black kites, buzzards, griffen vultures and eagles sore above in the warm sunshine.

The landscape varies from rugged rocks to flat arable planes, with wild herbs and flowers surviving in the extreme Aragon climate.

” data-hotelid=”1012590″ data-recommended=”001″ data-score=”8.2″ data-stars=”0″>
The guide you can’t do without. This is the first practical, in-depth guide in English to the exciting challenge presented by La Rioja, Navarra, Aragón and Catalonia’s innumerable waterways in north and northeast Spain including the Pyrenees.
It’s essential reading for all enthusiasts of fly fishing eager to enjoy a unique angling experience.
Whether you’re out to hook a wild brown trout, a record breaking pike, a fighting barbel or an American largemouth black bass, all the information you need is here.This definitive guide tells you:►How to obtain a fishing licence
►Where to buy day tickets
►Which species can be found where
►What tackle and fly lures you needAnd details hundreds of prime fly fishing spots in north east Spain’s rivers, lakes and reservoirs

This year we start again for a Bass Fishing trip at Lake Caspe with our
brand new VLO189 Bass Boat from Stratos. We had a lot of fun and caught
some really nice Black Bass. Enjoy the Video.

I REALLY WANT TO SELL MY PLACE IN SPAIN   Hi  RU Looking for a Holiday Home or to Retire to Sunny Sun?  https://www.facebook.com/groups/357730101099287/  Then this site has private owners property for sale listed on it, plus property from local Spanish Estate Agents  You are invited to have a look at and join. This is where private owners and local agents post what is available.  It is of course Free to join. Plus new interesting posts go up most days. Your chance to be in the know.  If you require extra info leave details on joining application form