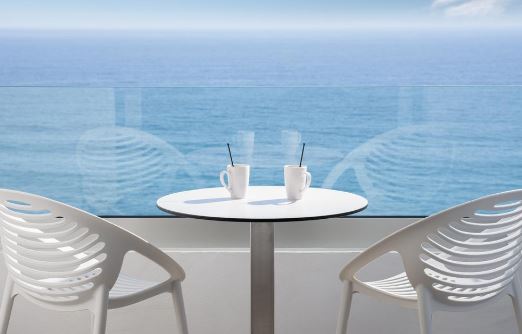 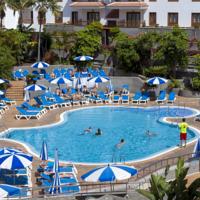 This complex has an outdoor swimming pool and a separate children’s pool. There are 4 people looking at these apartments. More

The Casablanca features simple, bright décor. Its apartments and studios have a balcony or terrace, and are spacious and well equipped. Each has a kitchenette and a living room with satellite TV and Wi-Fi access.

The on-site café-bar serves breakfast and meals throughout the day. The apartments are within walking distance of the resort centre, where there is a wide range of bars and restaurants.

Guests have special rates at Casablanca’s Gym, which also offers various fitness classes and a sauna.

Multilingual staff at reception can provide tourist information on the surrounding area and arrange car rental, tickets and excursions. 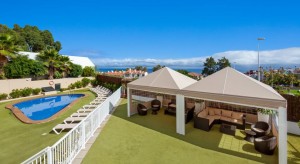 There are 3 people looking at these apartments. More

These well-equipped apartments feature an outdoor swimming pool and a restaurant.

Each of the Norte’s apartments is spacious and has bright, simple décor. All apartments have a seating area with satellite TV and a kitchenette with a microwave, fridge and hob. 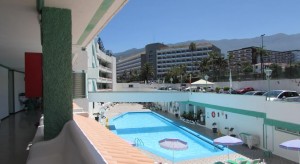 The quirky and cheerful interiors of these apartments are in perfect harmony with the sunny location right on the coast, offering fantastic sea views from both the studios and the restaurant.

There are 5 people looking at these apartments.

Head down into the Bellavista gardens where you can soak up the sunshine on the loungers before cooling off in the outdoor swimming pool. You can also go to the rooftop terrace to enjoy the sea views.

Wake up to the fresh Atlantic air and glorious sunshine which you can enjoy from your private Bellavista balcony. You can enjoy your holiday in Tenerife at your own pace with the well equipped kitchens allowing you to prepare your own meals. Laundry facilities are available for guests to use.

Complement your self-catered holidays with the meals served in the Bellavista restaurant. The curved façade of the building allows you to soak up panoramic views as you dine and also while you enjoy a drink in the Bellavista bar.

The restaurant serves a great buffet with a good selection of hot and cold dishes as well as some typical cuisine of the region. 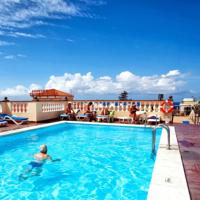 This attractive apartment complex has an outdoor pool. Each spacious apartment has a well-equipped kitchen area and a bathroom. There are 3 people looking at these apartments. More

There is also a living area with satellite TV, and WiFi is available for a surcharge in public areas.

The apartments are located in the old town of Puerto de la Cruz. This popular resort has many shops, bars and restaurants.

Puerto de la Cruz is a city and municipality in the northern part of Tenerife island, Canary Islands, Spain.

It was formerly known by its English translation, “Crossport”, although nowadays it is usually known in all languages by its Spanish name.

The TF-5 motorway passes through the municipality. In Spanish the inhabitants are known as Portuenses. With an area of 8.73 km2 (3 sq mi), the municipality is the smallest in Tenerife. 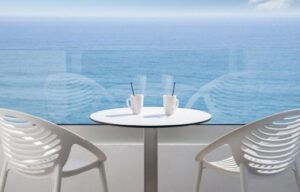