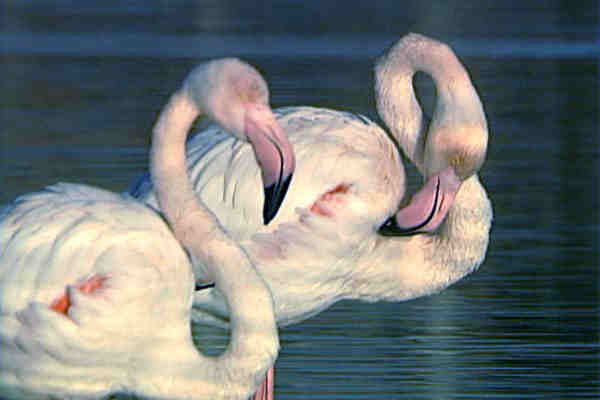 Santa pola Salt flats are impossible to miss if you travel along the N332. From the Alicante Direction.

There are two firms that operate the salt production for this area. The first and largest, the Bras del Port works, is found soon after leaving Santa Pola and just after you pass the mountains of Salt on your left.

The present Santa Pola salt works and the space that today constitutes El Hondo used to form a great wetland known as the Albufera de Elche, which covered almost the whole plain of Elche.

Santa Pola Salt Works Nature Reserve is 2,470 hectares in size. The environments found in this natural enclave are extremely varied.

Beware the human species tend to use this a Naturists Beach (Nudists).

It is a good idea to take the turning on your left just prior to these salt mountains, because you will find at the end of the road a nice un commercialised beach.

Richards Pipit Only a few over winter in countries like Spain, Portugal and Morocco.

The hotel offers an outdoor swimming pool and a sauna. There are 2 people looking at this hotel. More Latest booking: 2 hours ago

After exploring the beach you need to go back to the main N332 and turn left with care, carry on down until the road bears sharp left and over on the right you will see the newly rennervated Old Tower, pull in here.

The Tower of Tamarit

View of the tower of Tamarit, situated in the parque natural de las Salinas de Santa Pola in the province Alicante, Spain.

Once you have parked do take extra care of your belongs you should lock up the car (in the boot out of site) and do not leave on show items insde the car that are of value.

Once you walk with care a little way you will very likely have sightings of Slender-billed Gull, Osprey and Sandwich Tern, many other species are always possible, including Great White Egret and Spoonbill.

This Nature Reserve -officially declared “Region of Special Importance for Birdlife”- is one of the few places in this country where you can watch flamingos and storks any month of the year.

The Museo de la Sal works as an Information Centre for the Park, also providing guided tours and a bird watching centre.

Guided Visits (with or without animation) can be scheduled. For more information, contact Artalia, phone number +34 637143545 . E-mail artalialugardelarte@yahoo.es

A preview can, incidentally, be obtained, in the form of a walk around the ‘salt museum’s’ reserve on the outskirts of Santa Pola. Depending upon water-levels, the pools at the opposite side of the road can hold good wader numbers, too.

The flamingo, which can be observed in the Reserve in concentrations of up to 8,000 individuals,

These pools are a lagoon and spit type wetland area that is part of what used to be a much larger swamp on the flood plain of the left bank of the River Segura. Nowadays, mainly due to the actions of man, the area is divided into two large areas of wetlands:

El Hondo de Elche and Santa Pola, with an area of brine pools between the two.

The area is fed by a mixed water supply; it receives sub-surface fresh water from further inland and salt water that enters through the channels that connect the lagoon with the sea.

The part that is permanently under water is limited to the area of the saltworks, whereas the rest of the area suffers sporadic and variable flooding.

The typical vegetation is salt water, made up of species whose distribution depends on the presence of water and the degree of salinity.

At one end of the scale, one finds communities of hyper-saline annual saltworts and salt grass, which gradually give way to perennial saltworts, species of sea lavender and many other species as salinity and humidity decrease.

Some of these species are endemic (Limonium santapolense, etc.) and of great bio-geographic interest.

Further inland, in the fresh-water zone, one finds hydrophilic communities of reeds and rushes making their contribution to the botanical diversity of the area.

Also this area is home to the spiny-footed lizard, the Spanish Psammodromus and certain invertebrates difficult to locate amongst the coastal sands make the visit to the salt works even more attractive.

Loads and loads of space for utter privacy, would make a fantastic very private home or private hang out, being nearly the size of two football pitches.

Best to e-mail: carol.lanceley1atgmail.com To use email take out the at and insert @ into the email address