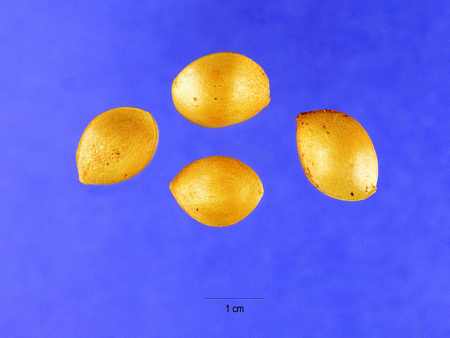 The Ginkgo biloba Tree.Gardening in Spain

Ginkgo biloba tree is another plant that is well known by its botanic name because of the modern day “smart pill” (said to improve concentration and short and long term memory) made of the Ginkgo leaves. More on Ginkgo Biloba

Ginkgo biloba is another plant that is well known by its botanic name because of the modern day “smart pill” (said to improve concentration and short and long term memory) made of the Ginkgo leaves.

In the garden Ginkgo biloba, also known as the Maidenhair tree, is a big, beautiful, slow-growing tree that attain great age.

It is a unique species of tree with no close living relatives and is easily identifiable – any schoolchild can recognize the unique fan shaped Ginkgo leaf, because it stands alone in the plant kingdom with nothing even closely resembling it.

Fossil Ginkgo leaves date the trees back to the Mesozoic era about 225 million years ago when dinosaurs roamed the Earth.

Darwin called species such as the Ginkgo living fossils, a kind of enduring telegraph line from a past age to the present.

Back then it was widely distributed throughout the world, but apparently lost its worldwide dominance about the time the dinosaurs died off.

Fortunately for gardeners, it did not become extinct, but instead found a sheltered homeland in China.

In China Ginkgo has been cultivated for about 1000 years, making it a Johnny-come-lately amongst that nation’s storehouse of cultivated fruit trees such as peach, apricot and jujube.

It is not unusual to see 600 to 1000 year old trees in Buddhist and Taoist temples in China and Japan.

The Western world learned of the Ginkgo when the Dutch Dr. Engelbert Kaempfer wrote his History of Japan after being stationed there in 1690.

By the 1730’s Ginkgos were growing in Utrecht Botanic Garden in Netherlands.

It was an instant favourite and spread rapidly, becoming one of the first Asian trees widely planted in Europe.

Then for many years people seemed to forget about it, but Ginkgo has found new appeal throughout the world because of the “smart pill”;

In the past few decades Ginkgo based herbal medicines have been in the top 10 in worldwide sales.

The tree has an angular crown and long, somewhat erratic branches, and is usually deep rooted resistant to wind and snow damage. Young trees often tall and slender, and sparsely branched.

The crown becomes broader as the tree ages.

The tree is a conifer, yet unlike pines, it loses its leaves when autumn arrives.
During autumn, the leaves turn a beautiful golden yellow and then, as if awaiting a signal, fall to the ground within a very short period of time.

A combination of resistance to disease, insect-resistant wood and the ability to form aerial roots and sprouts makes Ginkgos long-lived, with some specimens claimed was more than 2,500 years old.

Extreme examples of the Ginkgo’s tenacity may be seen in Hiroshima, Japan, where six trees growing between 1-2 km from the 1945 atom bomb explosion were among the few living things in the area to survive the blast.

While almost all other plants (and animals) in the area were destroyed, the ginkgos, though charred, survived and were soon healthy again. The trees being still alive to this day.

Ginkgo is a dioecious species having individual trees that are either male or female.

Flowers do not appear for about 20 years, so sexing the trees by waiting for flowers is a long time investment.

The female Ginkgo biloba tree produce a cherry size glaucous, yellow-orange, fleshy fruit that stinks to high heaven when ripe and crushed under foot on the sidewalk.

During a good year the trees produce a bumper crop of fruit which are considered a tasty but stinky delicacy by the Chinese and Japanese. The large seed is eaten, not the fruit.

In Chinese culture the seeds are believed to have health benefits and some also consider them to have aphrodisiac qualities.

The problem with stinky Ginkgo fruit can easily be avoided by instead planting grafted male trees such as ‘Autumn Gold’.
The most common of the male clones.

They rarely suffer disease problems, even in urban conditions, and attacked by few insects. For this reason, and for their general beauty, Ginkgos excellent urban and shade trees, and widely planted in parks and along many streets.

However, the average homeowner may be a bit impatient with the slow growth rate of the tree. But if planting for the future, a Ginkgo is a wonderful tree that will grace any garden and grow in any reasonable soil for centuries to come.

It is highly recommended for patients with central nervous system degenerative diseases, like Alzheimer.