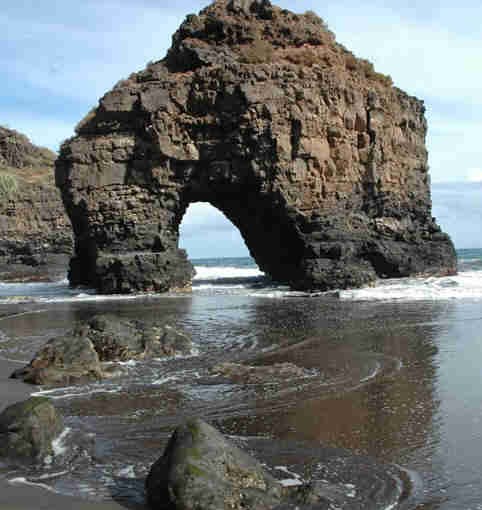 Los Realejos local accommodation northern part of the island of Tenerife, on the Canary Islands. It is part of the province of Santa Cruz de Tenerife, Spain

El Patio de Tita is set 6 km from Tenerife’s Puerto de la Cruz. Each apartment has a terrace or patio, offering views of the ocean and Teide National Park. More

The Patio de Tita is a 200-year-old country house, set in a banana plantation and decorated in a typical Canarian style. It has a large sun terrace with an outdoor swimming pool and hot tub. Free Wi-Fi is available.

Each spacious apartment has satellite TV and free internet access. Kitchenettes include an electric hob, fridge coffee machine and a microwave or oven.

Patio Tita has an à la carte restaurant, which uses home-grown organic produce. There are also barbecue facilities on site.

This property has taken extra health and hygiene measures to ensure that your safety is their priority
See health & safety details
Situated in northern Tenerife, Hotel Panoramica Garden has a heated freshwater pool, extensive gardens, padel courts and apartments with sea or mountain views. It offers a free shuttle to Puerto de la Cruz.

Each Panoramica Garden studio and apartment has functional décor and tiled floors. All accommodation includes a balcony, a living-dining area, a private bathroom and a well-equipped kitchenette.

The aparthotel offers a buffet restaurant, a bar and a games room with karaoke. There is also an entertaiment team and 24-hour reception service.
Hotel Panoramica Garden is located in Los Realejos, just 400 m from the Atlantic Ocean. The nearest beaches are 3 km away, while Puerto de la Cruz is 5 km away.

The town is located 2 km from the north coast, 5 km southwest of Puerto de la Cruz, 6 km west of La Orotava, and 34 km southwest of the island’s capital Santa Cruz de Tenerife. The inhabitants are known in Spanish as realejeros.

The town is split into two distinct zones:

These zones (zonas) are both geographic (geográficas) — split by a large deep water gully (Barranco) — and historical (históricas) — during the Spanish conquest (conquista) of the island(s) the local Guanches had a camp in the high town area, and the low town area was occupied by the Spanish.

Also each zone has its own Baroque church, both of which were built shortly after the success of the Spanish conquest. The municipality was founded as Realejo de Arriba.

The area governed by the local council also includes other smaller villages such as Palo Blanco, Cruz Santa, Mocan, Icod de Alto, Tigaiga and others.

Although recently, as a result of population growth and construction, these have merged into what seems to be one town.

The municipality of Los Realejos also includes a few beaches of note, Playa del Socorro being the most popular with both local and tourists.

Also worthy of mention are Playa de Castro and Playa de Fajana, although these are both slightly less accessible than Socorro. Los Realejos is the home of English language newspaper the Tenerife News.