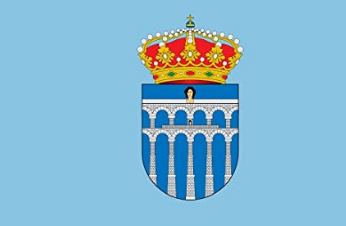 Segovia, the capital of Segovia Province in the autonomous community of Castile and León It is Just North east of Madrid

Segovia A walking tour around the city

Photographic tour around the city of Segovia, the capital of Segovia Province in the autonomous community of Castile and León (Spain).

In 1985 the old city of Segovia and its Aqueduct were declared World Heritage by UNESCO.

A fantastic opportunity to stay in a monastery, situated in the heart of Segovia, that has been painstakingly renovated and converted into a luxury hotel.

More… This hotel is just perfect!

The transformation of this beautiful old monastery into a luxury hotel has been achieved with style.

The staff are exceptional, and gusets will never find a better breakfast anywhere in the world. A wonderful base for exploring this glorious city.… More

The Alcázar, or castle-palace is perched at the tip of the promontory and towers over the countryside below. Like many fortifications in Spain, it started off as an Arab fort.

At the end of the 11th century it was conquered by king Alfonso VI. During the Middle Ages, the Alcazar of Segovia was the favourite residence of kings of Castile.

Almost each king added new parts to the building, transforming the original fortress into a courtier residence and prolonging the construction of the castle till 16th century, when King Philip II added the conical spires and the slate roofs.

A fire in 1862 destroyed part of the roofs, but they were restored in the very same style they were built more than 300 years ago.

The Aqueduct of Segovia, typically the most recognized and famous symbol of Segovia, terminates at the entrance of the historic section.

It was built at the end of 1st to early 2nd century AD by the Romans during their occupation of the Iberian Peninsula to bring water from the Río Frío (Cold River), about 18 km away, to the city, requiring an elevated section in its last 1 kilometer (0.6 mi) from the Sierra de Guadarrama to the walls of the old town.

This elevated section, largely dominating the nearby scene, is supported by an engineering marvel of 166 arches and 120 pillars in two levels.

A raised section of stonework in the center once had an inscription. Today only the holes for the bronze letters survive.

Jerebeque Trails invites you to join this horse riding holiday where you will enjoy progressive riding trip on horseback crossing from Ávila Province to Salamanca Province in Spain.

In this wonderful holiday, you will also get the chance to visit the medieval picturesque town of Candelario in Sierra de Bejar and continue to visit Salamanca town, a World Heritage Site by UNESCO on the last day.

Experience horse riding with varied pace and scenery that will take you through changing landscapes, vegetation, and beautiful local village building traditions! CLICK ME