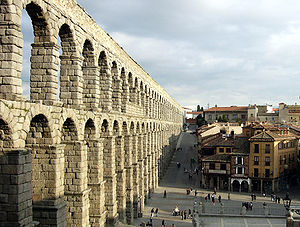 Castila and Leon a region of north western Spain, consisting predominantly of a high plateau ringed by mountains. A route used if traveling via France or arriving by the Ferry

Jerebeque Trails invites you to join this horse riding holiday where you will enjoy progressive riding trip on horseback crossing from Ávila Province to Salamanca Province in Spain.

In this wonderful holiday, you will also get the chance to visit the medieval picturesque town of Candelario in Sierra de Bejar and continue to visit Salamanca town, a World Heritage Site by UNESCO on the last day.

Experience horse riding with varied pace and scenery that will take you through changing landscapes, vegetation, and beautiful local village building traditions! CLICK ME

The Ladies of Zamora

“The ladies of Zamora” is the story of a convent of nuns in a thirteenth-century Spanish city, their battles with the bishop, the altogether friendlier relationship with the local Dominican friars and the consequences further afield of their activities.

Based on unpublished records of the enquiry into the affair, it brings into sharp focus a number of usually unrelated aspects of the age: the tensions between the mendicant orders and the local ecclesiastical authorities: thirteenth-century religiosity, female religiosity in particular and collusion in high places; both in Castile and at the papal curia.

Beyond the tale it tells of nuns observed in flagrante at the convent gate, cornered by tumescent friars in the convent infirmary and oven, giving their prioress the evil eye and threatening their bishop with stout sticks, this account lays bare the realities of life within and beyond the cloister in the later years of the century of Christian Spain’s greatest achievements at the expense of Spanish Islam.

Not since Montaillou have the exploits of a single medieval community been laid bare in this way.

Segovia, the capital of Segovia Province in the autonomous community of Castile and León It is Just North east of Madrid

I had the opportunity to visit Garmendia Winery and Vineyards in Vizmalo in Castilla y Leon, Spain. It is actually what you would call a Finca or an estate where they not only have an organic winery but also for example grow grain for race horses.

This country estate is located between the Spanish cities of Burgos and Valladolid.

In this tasting, Raul Tamayo, the enologist or wine maker and Maria Burgoa, managing director, invited me to taste three of their best selling wines in the US.

We tried the Garmendia 2010 Gran Seleccion White- made from Verdejo grapes and ages for four months in oak barrels, 2005 Tinto Envejecido en Barrica (Crianza- Style- Tinto aged in oak for 16 months) and finally the Garmendia Seleccion 2005 with 24 months in french oak.

I was especially impressed with their Blanco Seleccion white wine which was fresh and had incredible aromas of tropical fruit and a wonderfully clean finish. There are only 600 of these bottles made.

You can find these in Whole Foods and at other fine wine retailers.https://spain-info.co.uk/aragon/