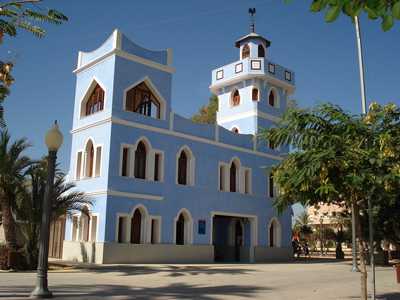 Alicante is a large, vibrant city with something for everyone.

It boasts long white sandy beaches, has a large Marina, many restaurants, pavement cafes, bars and nightclubs, a vast array of shops to suit all tastes and budgets, and places of historic interest such as El Castillo de Santa Barbara.
The castle sits high on a hill offering spectacular views across the city.

Busot Costa Blanca with its fine mountain views is located on the Costa Blanca midway between the Historic City of Alicante and the lively commercialised town of Benidorm.
Well known for it’s Caves.

Guadalest  A very interesting day out in Guadalest a Valencian town located in a mountainous area of Alicante, Spain.
Home also of the Salt Museum. Superb area for hikers. Or even a short Meditation holiday.

Welcome to Villajoyosa. This gem of a town is hidden 15 kilometers south of Benidorm and 20 kilometers north of Alicante.

Villajoyosa is known locally as La Vila Joiosa and is renowned for having some of the best beaches on the Costa Blanca, consistently retaining their blue flag status. LA MARINA in Spain is an urbanisation 20 minutes drive from Alicante Airport.

There are two public swimming pools, several children’s parks and a bowling green

The nearest public beach (which has received a Blue Flag award) is approximately 4 kilometres away and takes about 5 minutes to drive to. There is also a regular bus service to the beach.

The lively towns of Torrevieja and Guardamar del Segura are short distances and the ancient university city of Elche is 20 minutes drive.

For golf lovers, the closest course is La Marquesa situated at Rojales about 5 miles away. Las Ramblas, Villa Martin, a championship golf course and Campoamor are within a 20 minute drive. The famous golf courses at La Manga are 45 minutes drive. This is one of Local Towns near Alicante. Located next to the mouth of the River Segura, Guardamar overlooks a long beach bordered by a large expanse of sand dunes covered with pines and eucalyptus.

The setting is one of the most unique scenes in the Land of Valencia, with an original combination of extensive coastal dunes protected by a verdant forest, fertile fields and orchards and the omnipresent beach and the Mediterranean sea.

The forest parkland of the Dunas de Guardamar, with over 800 hectares running parallel to the coast, is a wonder in a class of its own. This is one of Local Towns near Alicante.

This one of the Local Towns near Alicante.

Elche Elx is the third largest city in the Comunidad of Valenciana. 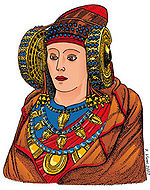 The historic quarter of Elche, capital of the region of Bajo Vinalopó (El Baix Vinalopò) in Alicante, preserves part of its Muslim past and Baroque splendour.

Its palm tree grove, a World Heritage Site, adds to the appeal of the region.
Due to its wide range of products and services, Elche is a magnet for commercial activity.

The city boasts a large, diversified commercial infrastructure and in recent years the retail sector has enjoyed a high growth rate.

The pedestrianisation of several of the city centre streets and the refurbishment of primarily commercial areas in different parts of the city have enhanced both access to them and transit once there.

Businesspeople have invested in modern facilities to meet the demands of their new local and visiting clients. This has led to Elche’s commercial sector occupying the intermediate segment within the European Union’s index of commercial development
The municipality of Elx has 9 km of white sandy beaches, equipped with all of the facilities necessary for visitors to enjoy nature to the full.

With beaches of fine white sand, exotic dune systems and sandy semi-urban beaches, Elx has a varied and highly interesting coastline to offer visitors. This is one of Local Towns
You will also find here The International English school Elche Newton College.

La Hoya on The Costa Blanca. 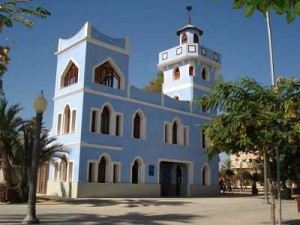 La Hoya is a typical Spanish town located slightly inland yet only a 10 minute drive to the beautiful blue flag beaches and pine forests of La Marina Village.

La Hoya is an un-spoilt town of mainly Spanish residents but becoming a popular for all other nationalities. All amenities can be found within the town with additional amenities found in surrounding cities/towns/villages.

Alicante airport is about a 15 mins drive away with its fabulous city a little further on boasting a beautiful marina overlooked by the castle perched high on a hill. as well as the city of Elche also easily accessible, has an abundance of shops to keep the ladies happy with lots of places to visit including a safari park in Elche.
There is a railway station in Alicante but the whole area has excellent road access.

Enrich your life with an unforgettable yoga retreat 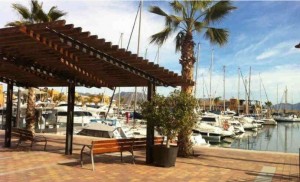 The history of Puerto de Mazarrón is inextricably linked with that of the parent town of Mazarrón, which has a past firmly based on mining.

Although it has been popular with holidaymakers for over a century, only in recent years has the Port achieved it’s identity as one of Spain’s most attractive holiday resorts.

Information about the Monover Valley Area. 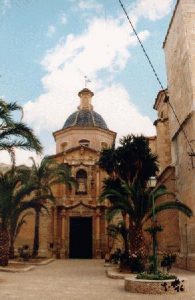 Covering the towns and villages of Sax, Agost, Elda,Pinoso, Monovar all are in the Alicante province and are situated approximately fifty minutes drive from the airport and the local beaches of the Costa Blanca (with temperatures very slightly lower but still far better than the U K or Holland)

It is a beautiful area with mountains and hills and, as the name Pinoso suggests, these are covered in pine trees.

A far cry from the barren landscapes and housing developments of many coastal areas.
This is one of Local Towns
Inland from Alicante Rental Private Rentals Click Here.

The Spanish Town of Aspe on The Costa Blanca. 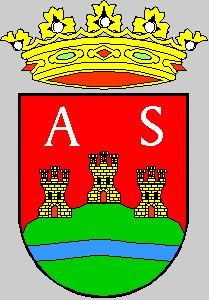 The town of Aspe is located on a tributary of the Vinalopo river 5km south of Novelda on the main road.

The old town centre is pleasant to walk through, it has been renovated and the area is pedestrianised.
The Plaza del Ayuntamiento is interesting with its church and modernist casino.

A town of 16,000 people, Aspe has several large supermarkets, schools, restaurants and bars.
Alicante is 24km away , Aspe is 5km off the N330 motorway.
The Alenda Golf club is a ten minute drive from Aspe.
The economy of Aspe is based on textile and footwear industries and farming (vegetables and fruits). Inland from Alicante Rental Private Rentals Click Here. 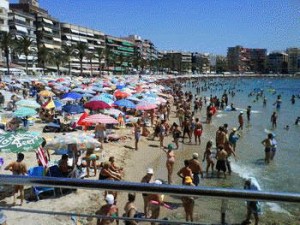 It is a fact that each year thousands of people from Spain and abroad choose Torrevieja area as their holiday location.

Its wonderful sandy beaches, lovely parks and a variety of hotels and camping sites not to mention the shopping malls, theatres restaurants and bars make it a popular choice. This is one of Local Towns.

Ontinyent is a town with everything you need in amenities but small enough to be a community. The town centre has many schools, doctors, hospital, banks, shops, pharmacies, bars and restaurants.

Every Monday the town is alive with the indoor and outdoor markets. Hosting many stalls it is a must to get your fresh produce and meet the locals. Travelling around the market stalls in the Plaza de la Coronació you will find handbags, shoes, clothes and plants as well as many other interesting items.

Plus, of course the food stalls with fresh date bread and churros.

The commercial area of town contains McDonalds, Caprabo, Aldi as well as several large retail shops and DIY traders. This is one of Local Towns

Fortuna
Fortuna is a spa town to the northeast of Murcia near the border of the province. Famous for its hot springs which were greatly appreciated by the Romans, Fortuna is fast becoming popular once again as the town becomes an important centre for hydrotherapy, beauty treatments and other therapies associated with the natural hot mineral water.

Fortuna is a typical Spanish town, as yet unexploited, with peaceful streets and a white church with a curious tower. For country lovers, to the south of Fortuna, there is a large lake, enclosed in a nature preservation area and surrounded by woods, ideal for walking or fishing.

If you have not purchased yet we have available Luxury Villas with Private Pools, Apartments etc.

This area has many Sandy Beaches, Great Restaurants and Bars, authentic Spanish Culture, a lovely Old Town, a bustling Port – Javea has it all. Situated about about an hour from Alicante on the Costa Blanca.

It offers beautiful beaches, low-rise development and a real taste of Spain.

This is one of Local Towns.

This is one of Local Towns.

Around Javea/Xabia on the Costa Blanca

With information on cooking Mediterranean style.
Info also covers Bowls Clubs Golf Go Karting fishing Caves and other sports here in the Mediterranean.
Info also lists the Local Hot Water Spas many of them dating back to Roman times.

Another way to Enrich your life with an unforgettable yoga retreat