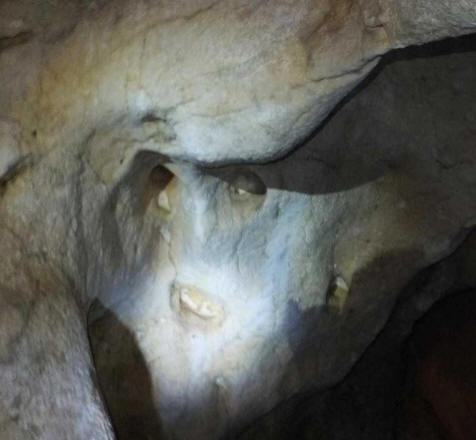 Caves in Murcia in Spain

Caves in the Murcia area. Spain has an unsurpassed richness of prehistoric art, and nowhere in the country can offer more than the region of Murcia. Caves in Spain

This is one of the largest and lesser known caves in eastern Spain. It offers two options: a calm visit or a more intrepid route for people who love the underground world.

Above is Mini Video Documentary about the deepest cave in the Region of Murcia. It is produced by Bravostudios.

Thit is situated in the beautiful Sierra del Puerto Mountains.

It is one of the largest caves in the region, with a horizontal route that is 4,389 metres long, and a 400-metre area fitted out for tourists.

It has many beautiful rooms such as the Zona del Laberinto, Gran Diaclasa, Gran Bloque and Sala de los Claustros.

Formations such as colourful stalagmites and flowstones stand out. But the truly surprising parts are the shapes with large holes sculpted by water. The visit is suitable for everyone.

Caving is also possible, with a perfect route for people who love extreme experiences. The route is covered in small groups and reaches the deepest part of the cave: Gran Diaclasa, 114 metres deep

Benefit from fantastic savings on New construction , just by taking a look at http://www.procontractorservices.net

Head down into Calasparra’s Cueva del Puerto and you will discover an extraordinarily beautiful cave, spread across various individual caverns and galleries adorned with stalactites and stalagmites.

All in all, the cave is 14km long, of which some 400m are open to visitors with lighting and sound in several rooms. Suitable for school trips, expert speleologists and beginners alike.

As far as vertical drop is concerned, the Region’s deepest cave is the Destapada, in Isla Plana (Mazarrón), which goes down 230 m.

The Region of Murcia also offers a host of options for caving enthusiasts. In the interior of its many caves and chasms there are interesting examples of pre-historic rock art.

The Cueva del Puerto cave in Calasparra, the Sima Destapada chasm in Isla Plana or the La Cueva de La Serreta cave in Cieza, are just some of the Region of Murcia’s underground treasures.

Caves can be found both on the coast and in the interior and offer a variety of difficulty ratings so that novices and experienced speleologists alike can discover the interior of some of the region’s different catalogued caves. For this publishing, the images of cave paintings and mobile arts are scheduled to be published as the catalog editions in POD so that readers are able to see those images without PC