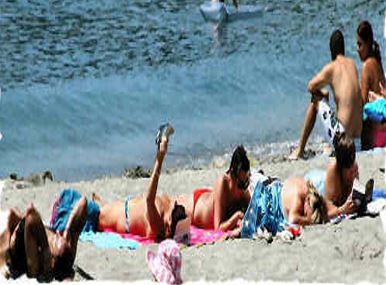 Canary Islands enchanting beautiful islands offer a year round climate with sunny days whenever you travel. A holiday villa in the Canary Islands can be as lively or relaxing as you want.

Gran Canaria Vacations on the Canary Islands.  This is one of Spain’s main Winter Destinations particularly popular for longer stays.

El Medano Tenerife local accommodation for your holiday in Spain

On the South Coast of the Island of Tenerife,

is the beautiful, unspoilt seaside town of El Medano

Here is a small selection of local accommodation.

This travel guide will help you to discover everything region-by-region;

from local festivals and markets to day trips around the countryside.

Holiday accommodation at Icod de los Vinos on Tenerfe on the Canary Islands in Spain.

Los Realejos local accommodation northern part of the island of Tenerife, on the Canary Islands.

It is part of the province of Santa Cruz de Tenerife, Spain

You will also find the usual shops, bars, cafes and restaurants.

The resort has beaches, cliffs and rock sunbathing areas along the coast.

amazing landscapes and clear signs of its violent volcanic past.

Los Gigantes Come and inspect local Holiday Accommodation in our resort town on the west coast of the Canary Island of Tenerife.

San Miguel de Abona ,in the  south of the island of Tenerife on the coastline.

Is a seaside resort town in the southwestern part of the island of Tenerife, one of the Canary Islands, and part of the province of Santa Cruz de Tenerife, Spain

La Gomera  Cottages Casa’s Apartments to rent on La Gomera Let yourself be amazed by the many facets of the second smallest island of the Canarian Archipelagos:

The island of La Gomera offers you all the charm of a welcoming land giving you your greatest experience of rural tourism.

Lonely Planet Canary Islands is your passport to the most relevant, up-to-date advice on what to see and skip, and what hidden discoveries await you.

Ride the cable car to the summit of Tenerife’s El Teide, celebrate Carnaval with dawn-to-dusk frivolity, or catch the waves at Playa de Sotovento; all with your trusted travel companion. Get to the heart of the Canary Islands and begin your journey now!

Rent a villa in Fuerteventura and discover different aspects of the island’s landscape and culture.

A holiday in Lanzarote has beautiful beaches along with its stunning volcanic scenery, take a look for yourself and choose from private villas and apartments in Lanzarote.

Or choose a villa in Tenerife with a fantastic amount of sunshine and climate that makes it a very appealing choice for a holiday.

All 115 properties on Formentera  Canary-Islands

The smallest of the main Balearic Islands, Formentera is more laidback and, on the whole, less touristy than its bigger neighbours.

It doesn’t have an airport, so most arrivals are via ferry from Ibiza Town or Denia on the Costa Blanca.

Unlike the other Balearics, it is largely flat, making it good for cycling and hiking.

However, it does still have the beautiful beaches, craggy coves and crystal clear waters so typical of this island group.

Another contrast is Formentera’s liberal policy on nude sunbathing – it is allowed on many beaches.

One of the longest beaches is at Platja de Migjorn where the white sands shelve gently into the sea.

On the other side of this stretch of land is Es Caló where most Formentera apartments by the beach are found.

The sand dunes at Es Pujols are also fantastic, and just inland is Estanh Pudent a large lagoon that attracts rich birdlife.

On the other side of the lagoon is La Savina, arrival point for the ferries and a good starting point for Formentera sailing trips.

The capital Sant Francesc Xavier has a whitewashed, 18th-century church at its centre and a few Formentera hotels with pools

All 286 holiday properties on Fuerteventura Canary-Islands

With streches of long, sandy beaches and a great setting for watersports, Fuerteventura has established itself as a year-round beach holiday destination.

Set across the Atlantic from Lobos Island and Lanzarote beyond, Corralejo is one of the most popular Fuerteventura resorts. Its long sand dunes are favoured by families, while offshore the waves are great for windsurfing and kitesurfing. Surfing is also great here and at El Cotillo, a fishing village around the coast.

Although Fuerteventura is the 2nd largest of the Canary Islands, its landscape is largely unspoilt, meaning that you will find most Fuerteventura hotels by the beach.

But the inland towns of La Oliva and Betancuria with traditional windmills set amid undulating, volcanic scenery offer pleasant sights away from the beach. The island’s highest point is Mount Jandia, in its own natural park in the south.

At its feet is the long beach connecting Morro Jable and Jandia, while to the north Costa Calma is a relaxed resort that certainly lives up to its name.

All of these elements are found in Playa del Inglès, the island’s liveliest resort.

The water along the sandy beach offer great surfing conditions, as do those at neighbouring Maspalomas.

Large areas of Gran Canaria are of ecological importance and the incredible Maspalomas sand dunes are no exception.

Other nature reserves are the forests of the mountainous centre of the island near San Bartolomé. Nearby Agüimes – a peaceful town known for its cave houses – is a short transfer from Gran Canaria Airport.

Visitors also arrive at the island by ferry to Las Palmas, the capital city which sweeps around a narrow piece of land ending in a mountain.

Booking.com has a good range of apartments, B&Bs and hotels in Gran Canaria, but the greatest concentration are in Puerto Rico, a family-friendly resort with 2 beautiful, horseshoe-shaped bays and the Atlantida waterpark.

Also offering a selection of Gran Canaria hotels for families is Puerto de Mogan, known as ‘Little Venice’ because of its canals.

Nestled in the volcanic landscape just along the coast is small Playa Taurito, one of many resorts with hotels with waterslides.

All 995 holiday properties on Ibiza

Even though it’s famous for fantastic clubbing, Ibiza is so much more and makes a surprisingly good family destination.

Apartments, B&Bs and hotels in Ibiza cover all kinds of holiday. The main nightlife is centred around San Antonio, where superclubs Es Paradis and Eden only kick off after midnight.

Nearby Ibiza Town (or Eivissa) is the island’s capital, and although it has its fair share of bars and restaurants, the feel is more laidback.

The cobbled streets in its walled Old Town, overlooking the Mediterranean Sea, offer a spot of shade from the Spanish sun.

Along the coast is Santa Eulalia del Rio, an altogether more exclusive resort whose marina is lined with expensive yachts.

However, the best family hotels in Ibiza are in northern resorts like Portinatx and Port de San Miguel.

The scenery is simply stunning and the vibe couldn’t be more different to down south.

Inland Ibiza still retains much of its original character.

Hiring a bike is a great way to explore sleepy villages like Santa Agnès and San Rafael, though be warned – some of the terrain can be tricky!.

All 97 Holiday properties on La Gomera

Located in the Atlantic Ocean and one of Spain’s Canary Islands, the picturesque and unspoilt La Gomera is a real jewel of nature.

It comprises of shallow dips and high cliffs forged by erosion from its pre-ice age past. The island is home to the the breathtaking Valle Gran Rey, and national parks, one of which is the Garajonay National Park, a UNESCO World Heritage Site.

La Gomera is a popular spot for lovers of hiking and trail-walking, offering endless opportunities to discover this unique and prehistoric wonder of the world.

From its abundance of walking treks and surrounded by sandy beaches, La Gomera is certainly a nature lover’s paradise.

The island is also home to Hermigua, specialising in popular walking holidays, it has a modern town centre, the 17th-century Iglesia de la Encarnación, the 16th-century church and convent of Santo Domingo, and several restaurants.

Christopher Columbus made frequent stopovers to the port of San Sebastián de La Gomera on his voyage to the Americas in order to replenish his crew’s food and water supplies.

The region features a great gastronomic tradition, in no smal part due to the lush, diverse vegetation and green banana plantations.

Traditional restaurants and eateries scattered around La Gomera serve these local specialities, along with a variety of international cuisine.

All 42 properties on Graciosa Island

All 907 holiday properties on Lanzarote Canary-Islands

Volcanic Lanzarote, one of the Spanish Canary Islands, features the dramatic landscapes of the Timanfaya National Park and the lush beaches of Papagayo and Blanco.

Its out-of-this-world appearance, due to volcanic eruptions of the 18th and 19th centuries, earns Lanzarote a well-deserved spot in the sci-fi film sets list.

The island has the longest volcanic submerged tunnel in the world (1,500 metres), the Tunnel de la Atlantida, which boasts the amazing Cueva de los Verdes lava tube with walls illuminated by coloured lights.

Lanzarote has 213 km of coastline, most of which is rocky and complements perfectly the island’s 2 mountain ranges of Famara and Ajaches.

Throw the El Jable desert into the mix and you have one fascinating holiday destination!

With a wide choice of watersports, including scuba diving, parasailing and canoeing, you never run out of things to do. Adventurous types can enjoy a submarine trip or visit the Rancho Texas, a Wild West-themed park.

And don’t forget about the local cuisine, including unique mojo verde or picon sauces and papas arrugadas – a dish of cooked unpeeled potatoes cooked, baked dry afterwards and served with a mojo.

Whichever you choose from the range of Lanzarote’s apartments, hotels or resorts,